Home > Foundation Repair > Earthquake Retrofitting: Everything You Need To Know

Earthquake Retrofitting: Everything You Need To Know 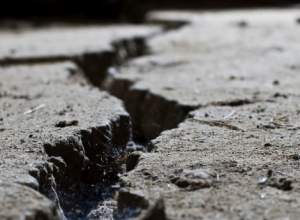 Are you wondering how earthquake retrofitting for your foundation works?

You’ve come to the right place! In this Regional Foundation Repair guide we’ll go over:

And much more!
So if you want to understand how to protect your home’s foundation from seismic activity, keep reading our guide to learn everything you need to know.

Did you know that the world experiences around 20,000 earthquakes every year? This translates to 55 earthquakes a day across the globe. The good news is that most of the recorded earthquakes are minor and last a few seconds, representing no significant risk to life and property. However, around 16 of the earthquakes recorded every year are major, with a magnitude range of 7 or more.

Making sure that buildings can withstand seismic activity is important because earthquakes don’t kill people; buildings do. This is a statement also supported by FEMA, which says, “Although you can’t control the seismic hazard in the community where you live or work, you can influence the most important factor in saving lives and reducing losses from an earthquake: the adoption and enforcement of up-to-date building codes.”

When hit by an earthquake, commercial buildings and homes that are not built to or retrofitted for seismic standards are at a higher risk of significant damage, including sliding, racking, and overturning.

Do we really need to be worried about earthquakes and retrofitting our buildings? Here are some statistics that provide a clear answer:

What Is Seismic Retrofitting?

The main purpose of a seismic retrofit is to make a house stronger so that it suffers the least amount of damage during an earthquake. The process involves identifying the weakest points in the frame of the house and reinforcing them. These weak points are usually located near the roof and foundation.

There are different categories of seismic retrofitting. The most suitable type of retrofit for a specific building will depend on the aim of a retrofitting project.

The public safety retrofit: This is the primary form of retrofitting whose aim is to reinforce buildings to save lives in an earthquake.

Extensive retrofit: This type of retrofit is usually reserved for extremely important structures where damage resulting from an earthquake may have extensive consequences regarding human life and property. High-rise buildings and roads are often extensively retrofitted. Roads are of particular importance because they are essential for the movement of emergency services during and following an earthquake. 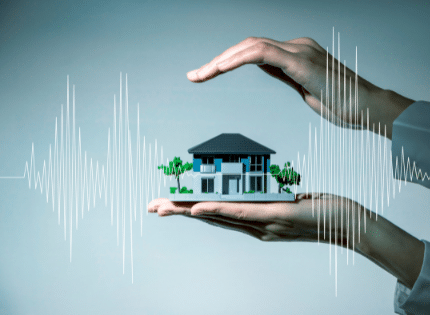 The Benefits of Seismic Retrofitting

According to FEMA, “On the whole, communities with more retrofitted structures can recover from earthquakes more rapidly.” This is because retrofitting vulnerable structures reduces risk. In addition, when buildings are retrofitted, people can get back to their normal activities much earlier.

Retrofitting also ensures that those tasked with assisting affected communities following an earthquake have somewhere to work from. Finally, for businesses, retrofitting ensures that interruptions and losses are kept to a minimum.

By retrofitting your home or building, you protect the investment you have put into the building over the years. Suppose your home collapses or suffers extensive damage during an earthquake.

In that case, the repair cost could end up being much higher than the price tag of the timely done building retrofit. Retrofitting may also help you reduce your insurance premiums.

Retrofitting is one of the cheapest seismic improvements you can make. For single-family homes, one significant benefit of a retrofit is that it can be completed while the occupants are staying in their homes.

Even though the terms hazard and risk are often used interchangeably, they mean different things. The Pacific Northwest Seismic Network (PNSN) provides clarity regarding the difference between hazards and risk.

The PNSN says, “Hazards are the natural phenomena that might impact a region, regardless of whether there is anyone around to experience them or not.”

On the other hand, risk denotes what you could lose in the event the hazard occurs. This implies that risk can be measured in monetary value or loss of a specific number of lives.

The United States Geological Survey (USGS) advises that “Determining your risk with regard to earthquakes, or more precisely shaking from earthquakes, isn’t as simple as finding the nearest fault.”

The USGS publishes the National Hazard Maps. The scientific agency says that it puts the maps together using “all available data to estimate the chances of shaking (of different strengths and frequencies) across the U.S.”

To get an idea of your earthquake risk, you can use the Earthquake Information by State list. The list contains all the states in the U.S. You get information for each state by clicking on the state’s name.

This opens up pages providing details on seismicity and hazards, topics of interest, and organizations you can contact for more information. 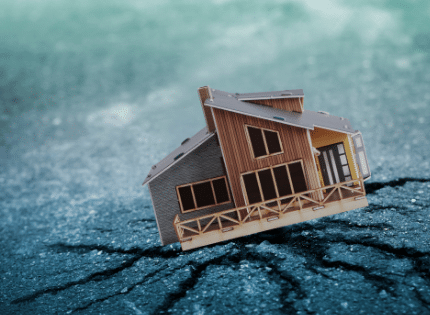 The Garage as the Weakest Link

Homes with living spaces above a garage tend to suffer greater damage during an earthquake. This is because the garage door creates a huge opening with narrow walls on either side.

These walls represent weak points vulnerable to seismic forces. Buildings constructed after the 1990s often address this problem by having the structure reinforced during the construction period. However, older buildings often need to be retrofitted to meet the current safety standards.

Determining Whether a Building Needs Retrofitting

However, this doesn’t mean that every house constructed after 1980 doesn’t need retrofitting. Many houses built after 1980 can still be improved.

If you moved into the house after it was built, your best option is to find out if the house was retrofitted before. However, sometimes this information may not be readily available.

In such a case, your best option is to find a qualified and experienced earthquake specialist that will assess the strength of your home and its vulnerabilities. Such an expert will recommend how you could retrofit your home to reduce the risk of damage during an earthquake.

What Is the Cost of Retrofitting?

The cost of retrofitting will differ based on the characteristics of a building. The California Earthquake Authority says that “the range is usually about $3,000 to $7,000.”

Adding “Larger homes, those built on hillsides, and those with basements or rooms over garages will typically cost more to retrofit.” If a house only requires bolting, you can expect to pay around $3,000.

Methods of Earthquake Retrofitting a Home

The California Earthquake Authority lists some ways of retrofitting a building to reduce the risk of damage during an earthquake:

Cripple wall bracing: Makes a building stable by strengthening the cripple walls that rest on the house’s foundation, supporting the floor and exterior walls through a process called bracing.

Foundation bolting: Prevents a house from moving off its foundation during an earthquake. This process involves drilling holes through the foundation’s seal plate to install anchor bolts.

Reinforcing or strapping chimneys: Ensures that the bricks from the chimney do not fall and injure playing children or cause damage to neighbors’ properties or cars parked adjacent to the chimneys.

Strengthening soft-story above garage: This can be done by installing steel reinforcements of new plywood sheathing on each side of the garage door.

Installing gas shut-off devices: Ensures that strong vibrations trigger an automatic gas shut-off, preventing a house from being burned down due to the damage caused by an earthquake.

The Hazard Always Exists but You Can Mitigate the Risk

There is always a risk that an earthquake will happen in the area where you live. Whether your area is at a higher or lower risk of being hit by an earthquake, in most cases, it is much cheaper to act proactively than to react following a major earthquake.

Earthquake retrofitting may reduce the cost of damage during an earthquake and also save lives.