Everything Homeowners Need to Know about Climate Change and Flooding 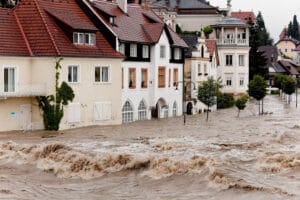 Are you concerned about the possibility of flooding impacting your basement foundation?

If so, you’ve come to the right place!

In this Regional Foundation Repair guide, we cover the most common climate change flooding concerns, including:

Flooding is an issue that homeowners never want to have to deal with, but unfortunately, it’s becoming much more common. So, let’s walk through how to protect your home and your family from flooding in the future!

When it started raining in Germany on July 13, 2021, weather forecasters knew that the downpours would be heavy. However, the devastation and death toll following those heavy rains shows that these forecasters may have underestimated the intensity of the downpours that would leave at least 196 people dead, wash away cars, houses, bridges, and trigger massive landslides.

The floods in Germany and other parts of Europe are certainly not the first natural disaster in recent years. Many of us will remember Hurricane Katrina in 2005, Cyclones Idai and Kenneth in Mozambique and Zimbabwe in 2019, the severe droughts in Egypt in 2019, the Australian Wildfires of 2020, and the frequent floods in Southeast Asia.

Scientists trying to explain the proliferation of extreme weather conditions seem to be pointing in one direction: climate change. For instance, a National Oceanic and Atmospheric Administration (NOAA) study concluded that floods were at least 40% more likely and 10% more intense due to climate change.

It’s clear that as we continue to burn fossil fuels and destroy forests to make way for livestock farming and agriculture, the problem of extreme weather will continue to get worse. Therefore, homeowners need to have access to the correct information to protect their homes in case of flooding.

This article explains the relationship between climate change and flooding, how higher temperatures cause extreme rainfall, and how climate change worsens coastal flooding. We will also look at how floods can damage your house’s foundation and what you can do to ensure that your building is protected in case of floods.

What Is Flooding and Why Is It Dangerous?

Usually, water falling or moving through a normally dry area does so with enough efficiency that it doesn’t accumulate to levels that present a problem to people and animals living in the area. However, when water accumulates over a usually dry area, it becomes stagnant or starts to move slowly, leading to flooding.

River flooding: Occurs when a stream or river fills up to the extent that it breaks its banks and overflows into ordinarily dry land.

Coastal flooding: This is where a storm surge pushes the water from the ocean into areas that the water doesn’t usually reach.

Flash flooding: Involves the accumulation of water in low-lying areas because of heavy intermittent rain, usually lasting less than 6 hours.

Urban flooding: It happens when an urban area’s stormwater drainage capacity is overwhelmed by heavy rainfall.

Anyone that has seen the devastation caused by the recent floods in Germany and other parts of Europe will understand why flooding is dangerous. However, the Centers for Disease Control and Prevention (CDC) advises “that the initial damage caused by a flood should not be your only concern.”

The CDC says that “standing flood waters can also spread infectious diseases, contain chemical hazards, and cause injuries.” Adding, “Each year, flooding causes more deaths than any other hazard related to thunderstorms.”

The Culprit Is Climate Change

Scientists attempting to explain the recent floods worldwide all seem to agree that this calamity of nature has to do with climate change. The CDC defines “Climate change [as] a pattern of change in average weather over many years, such as warming temperatures.”

A National Oceanic and Atmospheric Administration (NOAA) study concluded that “Climate change increased chances of record rains in Louisiana by at least 40 percent.” The same study places the blame for climate change on human actions.

Another study concluded that “41 million Americans are at risk from flooding rivers.” The study’s lead researcher, Oliver Wing, is quoted by ScienceDaily.com saying, “We were all surprised by how many Americans we found are exposed to flooding from rivers.” He adds, “It’s particularly worrisome considering that most of these people aren’t even aware of the risk they face.”

The Relationship between Climate Change and Flooding

In an attempt to connect climate change to flooding, Matt McGrath resorts to the Clausius-Clapeyron equation. Writing for BBC.com, McGrath explains that the equation, which is the brainchild of Rudolf Clausius and Benoît Paul Émile Clapeyron (German and French physicists and mathematicians), states that when the atmosphere is warmer, it holds more moisture.

The Clausius-Clapeyron equation also assumes that for every 1 degree C rise in temperature, the air gains the capacity to hold 7% more moisture.

But why are we winding up with the higher global temperatures that result in the atmosphere progressively getting warmer? Climate Central, an organization that researches and reports on the science and impacts of climate change, has the answer: “As humanity pollutes the atmosphere with greenhouse gases, the planet warms.”

Around 127 million Americans call coastal counties home. This represents about two-fifths of the American population. These coastal areas support livelihoods and the country’s economy. However, flooding caused by climate change is threatening these communities.

The idea that coastal regions are under threat is supported by Toolkit.climate.gov, a federal government website that aims “to help people find and use tools, information, and subject matter expertise to build climate resilience.”

According to Toolkit.Climate.gov, “America’s coastal properties and infrastructure – and the economies they support – face increasing hazards from ongoing sea-level rise.”

The CDC notes that while coastal flooding can happen due to several reasons, climate change plays a part. The same source reports that “More than 90% of the increased atmospheric heat associated with human emissions is absorbed by the ocean, which expands as it warms and leads to higher sea levels.”

Climate.gov explains that sea levels rise in two ways. The first is that as ice sheets and glaciers across the world melt due to rising temperatures, they add water to the ocean. The second is that the water in the ocean takes more space as it gets warmer and expands. 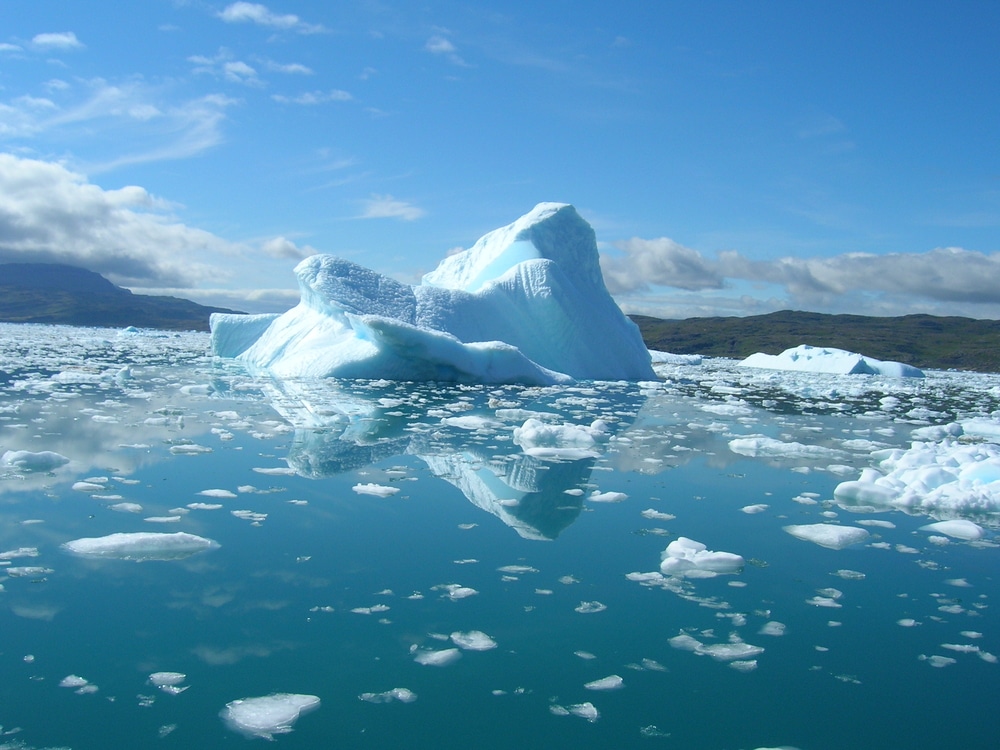 Is It Really Climate Change?

Many scholars agree that climate change is, to a degree, responsible for the flooding experienced in the recent past. However, in her article published by NRDC.org, Melissa Denchak calls for caution. She argues that connecting climate change to floods can be challenging because many factors may trigger floods.

Denchak adds that “limited data on the floods of the past make it difficult to measure them against the climate-driven trends of floods today.” However, she quotes the IPCC (Intergovernmental Panel on Climate Change), which has agreed that it is becoming clear that climate change plays a part in many of the variables linked to floods, such as snowmelt and rainfall.

Is My Home Flood Prone?

According to the National Flood Insurance Program, we all live with some flood risk. But how do I know how significant the flood risk in the area where I live is? You can use a flood map.

When you get to the FEMA Flood Map Service Center, you can enter an address, a place, or longitude or latitude coordinates. The retrieved information will give you an idea of your flood risk.

Flooding Could Damage the Foundation

One of the parts of a house that suffers the most during a flood is the foundation. After all, it is the lowest part of a building. Vanessa Barford wrote an article for BBC.com entitled “What happens to a house when the water drains away?” 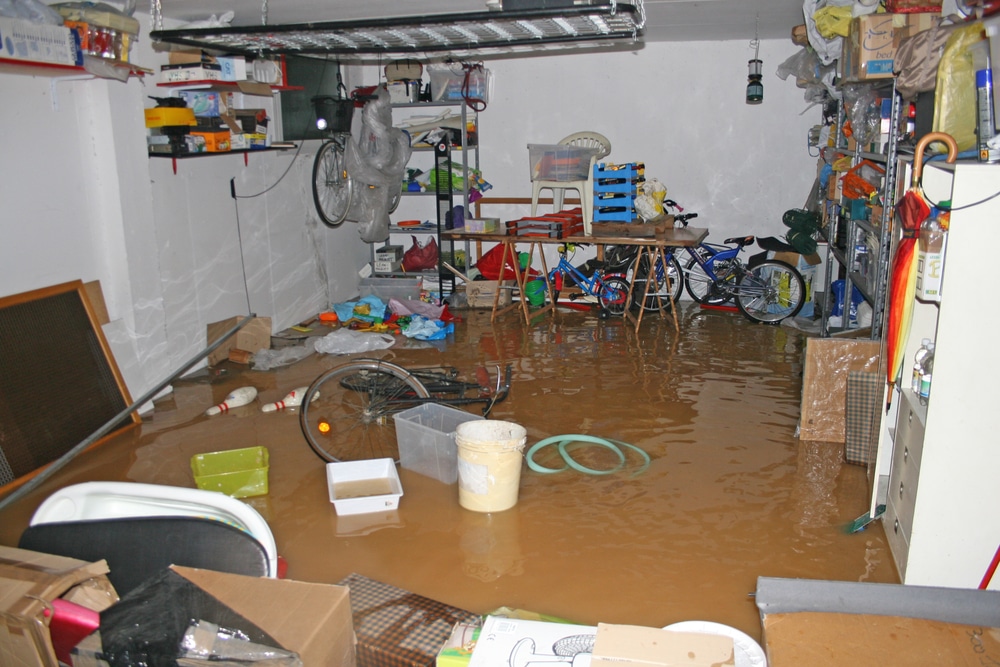 Barford quotes a building consultant who says it is challenging to determine the damage to a foundation after flooding as some problems may only become apparent after many years. The same consultant adds, “You need to dig trial holes to see what problems are at footing level. There might be movements of soil swelling and contracting.”

Therefore, it’s vital that you hire professionals to look at your foundation following a flood. Even though some of the damage is easy to spot, some signs will require a trained individual to detect them.

While we can do very little to stop the heavy rains and other factors that cause flooding, the good news is that we can make hay while the sun shines. This means that you need to take measures to ensure that you are well prepared when the area you live in experiences a flood.

Some of the measures you can take are pretty simple. For example, NRDC.org suggests that homeowners should:

NRDC.org advises that in areas where floods are a regular occurrence, homeowners should consider raising the whole structure of a house. Other measures could include wet floodproofing (a way of allowing water to flow into a structure but still quickly leave on another side) or applying sealing materials and coats to walls to prevent floodwaters from entering the house.

Another important way of ensuring that you don’t remain stranded and broke following flood damage is to have flood insurance. To make it easy for property owners to afford flood insurance, the Federal Emergency Management Agency (FEMA) established the National Flood Insurance Program (NFIP).

The NFIP says that it “provides flood insurance to property owners, renters, and businesses, and having this coverage helps them recover faster when floodwaters recede.”