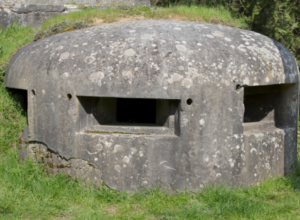 Are you considering building a basement storm shelter?

If so, you’ve come to the right place!

In this Regional Foundation Repair guide, we cover everything you’ll need to know about basement bunkers and storm shelters, including:

Between tornadoes, hurricanes, and other unpredictable events, it’s a great idea to include a shelter in your family’s emergency preparedness plan. So if this is something you’re considering, keep reading for all of our tips and tricks!

If you still believe that basement bunkers are just for preppers, you probably haven’t seen the February 2021 report by the financial services company Finder, which says that 45% of Americans spent money on survival materials in the previous year. The same report says that 27% of Americans didn’t spend money on survival materials because they had already stockpiled them.

The growing popularity of bunkers, particularly storm shelters, has to do with the fact that many parts of Texas, Oklahoma, Kansas, Nebraska, Missouri, Iowa, and South Dakota are located in the Tornado Alley — a loosely defined area of the central United States where tornadoes are frequent.

Suppose you have always considered building a bunker but have been put off by the Netflix long-tail documentaries portraying bunkers as the stuff of wealthy preppers. In that case, this article may help you change that perspective. We attempt to answer some common questions people ask about bunkers by showing you the importance of storm shelters.

If you want to know more about the kind of bunker known as a storm shelter, this article is for you. Discover interesting details about these types of bunkers, such as where they should be located, their benefits, the recommended size, materials needed, and the factors you need to consider if you want to build one.

What Is a Bunker?

Bunkers are often associated with the military. They are designed to provide individuals and property with protection from attack, particularly from falling bombs. Over the years, bunkers have become a common feature in many homes in the US and across the world.

In a Business Insider article describing how the super-rich are buying underground doomsday bunkers, Aria Bendix writes, “The threat of climate disasters and nuclear attacks have prompted some wealthy survivalists to purchase doomsday shelters – properties that could help them survive a catastrophe.”

Bendix adds that “These underground dwellings are designed to make a catastrophe a little more bearable – some have movie theaters, swimming pools, and rock walls.”

Munitions Storage: They are designed for safely storing explosive ordinances and are often constructed on hillsides to offer additional containment mass.

Personal: Such bunkers are often found in private homes. A storm shelter is an excellent example of this type of bunker.

Industrial: These bunkers have many uses, including housing equipment for data storage or living quarters for employees during an attack or weather disaster.

Artillery: These are designed to protect artillery installations and are primarily located around coastal areas, providing shelter for crews and weapons.

Trench: This bunker is designed to offer protection from military attacks and is often left with some openings that could be used to launch artillery against an enemy.

Not Just for Wealthy Preppers

Many abandoned bunkers are being taken over by private companies that are redesigning and selling them to a wide array of individuals, both the super-rich and the not-so-wealthy. The individuals that buy or build bunkers because they want to retreat into a safe place during a calamity are known as preppers.

There is much evidence showing that ordinary people, not just preppers, are starting to realize the benefits of bunkers. Mira Ptacin produced an article for the New York Times entitled, “Could Doomsday Bunkers Become the New Normal?”

Ptacin quotes Frank Woodworth, who owns a company that designs and builds underground bunkers. Woodworth says that since the coronavirus pandemic, he has not been able to meet demand from ordinary consumers paying around $25,000 for an underground livable dwelling. 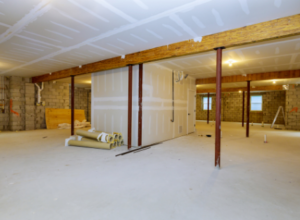 Woodworth adds that “Buyers of these kinds of underground dwellings say that they simply want to protect their families from an increasingly turbulent world.”

The Benefits of Storm Shelters

Now that we know that you don’t need to be a wealthy prepper to have a place where you can retreat to in the event of a calamity such as a storm, let’s look at some of the advantages of a storm shelter listed by the Oklahoma Farm Bureau Insurance:

The Oklahoma Farm Bureau Insurance adds that “Even if you never have to use it, a storm shelter in your home can provide peace of mind for you and your loved ones.”

Once you have decided to build a storm shelter, it’s vital to ensure that it is appropriately designed. This view is emphasized by the Federal Emergency Management Agency (FEMA), which says, “When properly designed and constructed or installed, safe rooms provide the highest level of protection from tornadoes, hurricanes, and other extreme windstorms.”

Some of the specific issues you will need to focus on when building your storm shelter include the size, cost, and the exact location where your shelter should be built. Let’s look at these elements in more detail.

How Much Will It Cost To Build a Storm Shelter?

Like all other properties, the cost of building or purchasing a bunker or storm shelter depends on several elements.

If you are looking for a lavish and sophisticated private bunker, you will need a very deep pocket. Bradley Garrett spent some time touring one of the most luxurious bunker complexes, the Survival Condo. He wrote about his experience in an article published by TheGuardian.com.

If the prices mentioned above send a shiver down your spine, don’t worry, you will need much less to construct a storm shelter. The cost of a specific project will depend on the size.

Fixr.com, a website that provides cost and hiring advice for home remodeling projects, estimates that you will pay an average of $5,800 to build a storm shelter. The site adds that the highest price you can expect to pay is $18,550 (60 sq. ft. housing 14 people), and the minimum is $2,100 (12 sq. ft. housing two people).

Is a Basement the Appropriate Location for a Storm Shelter?

FEMA.gov advises that “In a new or existing house with a basement, the storm shelter should be built in the basement.” The same source adds that the basement walls can be used for constructing the shelter.

According to FEMA.gov, another advantage of building your bunker in the basement is that “The likelihood of missiles entering the basement is lower than for above ground areas.” However, FEMA also adds, “your basement shelter must have its own reinforced ceiling.”

If you decide to build a storm shelter in the basement of an old house, you will need to be prepared for the extra cost of retrofitting your old basement on top of the expenses of designing and equipping your shelter.

Important Factors To Consider When Building a Storm Shelter

If you are now convinced that a storm shelter could be useful for you, consider the following factors:

Before you begin any work on your bunker, you need to look at the laws of the area where you live. Permits ensure that the project is done safely and that you are covered in case of any accidents.

If you do the project without permission, you may be stopped by the authorities, given a hefty fine, and ordered to pay for the cost of the demolition. 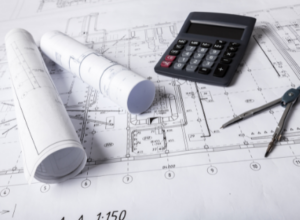 The website that provides readers with skills and knowledge to get through any disaster, PrimalSurvivor.net, lists the common materials used when constructing a storm shelter:

PrimalSurvivor.net adds, “For DIY storm shelter designs, the most practical material choice is wood/steel.” Adding, “If you have experience working with concrete, then you might attempt a DIY shelter with concrete – but these materials are generally left for contractors.”

Another piece of advice from PrimalSurvivor.net is that you should be aware that the door will cost a lot. The same source notes that steel doors are usually used for these shelters.

However, PrimalSurvivor.net warns that even if the door is made from a suitable material, you will not get much protection if it is not bolted to a frame that can withstand a storm. The site adds that you should ensure that the door opens inwards “so you don’t get trapped by any debris piled against the door.”

You Are Better Off With a Storm Shelter

Can you really hide from a storm? This is a question often asked by people who are cynical when it comes to storm shelters. The answer is that you may not be 100% protected from a storm when you are in a storm shelter, but it’s probably better to be inside one than to be 100% exposed.

ScientificAmerican.com supports the idea that a storm shelter could offer adequate protection. The site says, “Studies have shown that when much of a home has been destroyed, often the only surviving part of the dwelling is a small interior room, such as a closet or bathroom.” Adding, “This has to do with more supportive wall framing versus ceiling surface area.”